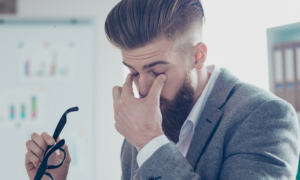 According to Voltaire, tears may be “the silent language of grief,” but they’re also your eyes’ natural, protective lubricant. Unfortunately, millions of people have a condition called dry eye syndrome (also known simply as dry eyes) that is marked by problems with tear production. The good news is there are several natural treatments for dry eyes.

What Is Dry Eye Syndrome?

Dry eye syndrome or “ocular surface disease,” which is the medical name for this disorder, refers to a decline in the quality or quantity of tears bathing the eye. This condition is increasingly common with advancing age—there are estimates that 75 percent of people over the age of 65 will experience dry eyes. Women are also more susceptible to dry eye syndrome. Dry air, long hours in front of a computer, and certain medications, including antihistamines and decongestants are other factors that can contribute to dry eye syndrome.

Why Treating Dry Eyes Is Important

Adequate production of healthy tears is essential. Tears contain lipids (fats) that reduce evaporation and keep your eyes bathed in moisture, maintain the proper salinity and acidity of the eye area, and are made up of antibodies and other immune-enhancing agents to defend against infection.

If your eyes often feel itchy, gritty, burning, or painful, you may have dry eye syndrome. Along with eye irritation, sensitivity to light is also common, especially in milder cases. In severe cases, scarring or ulceration of the cornea can occur, which has the potential to lead to vision loss. Therefore, treating dry eyes is important.

FROM THE KITCHEN…   :-)) :-)) :-)) :-)) :-))   (Score: Five Smiles!) Moist rich chocolate muffins with half the sugar. Just divine!   Shamelessly adapted in 2014 from COOK’S.COM chocolate puddle cake. Set your oven to 350F. Line your cupcake tin with cupcake papers. Ingredients: In a large bowl: 1 cup sugar. (Stevia to replace the second cup of sugar will be added below.)  3 cups of regular flour (See gluten-free note below.) 6 Tbsp of cocoa. I use Bensdorp. The Tbsps are well rounded and are probably more like 8 Tbsp total. 2 tsp of baking soda, slightly rounded. 1 level tsp of salt. I use Himalayan crystal salt.     MIX these well. I use a fork.               ADD: ¾ cup oil. Be a tad generous. I use olive oil. 1 tsp of vanilla. 2 level tsp of white powdered stevia, mixed well into two ounces (or so) of hot water.  See Stevia note below. Add the stevia water to a measuring cup and fill to 8 ounces with cold water. Add this to mix. Refill the measuring cup to 8 ounces of cold water.   Add to that 3 Tbsp of white vinegar and then add that to the mix.  Mix the dry ingredients in well with the liquids but don’t beat it to death. Ladle into your muffin papers maybe 2/3 full. Place in oven. Check at 18 minutes. They often take a few minutes more than that. They’re done when a thin bamboo skewer (safer than a toothpick, but it’s your option) comes out clean. Done and Sooooo delicious!  The silver minicake pan is aluminum from Walmart.  The brown paper minicake pan is from King Arthur Flour.  (These are courtesy mentions, not ads.) The silver one may be about 50% bigger than the (Continue Reading)

” ,,,,, the childhood vaccine internationally known as the multi-dose flu shot. …Autopsy findings point to the half-life of inorganic mercury (yes, the kind in multi-dose flu shots, [read the information under “Description”]) inside human brains lasting more than 27 years. Prolonged and heavy exposure to mercury often does irreversible damage to fetuses and infants, yet the CDC highly recommends flu shots that contain mercury as thimerosal for children in the womb and for infants as young as six months.

“Anybody spot a blaring contradiction here? Maybe you have too much mercury in your brain to think about it.”

The full article is linked here.

“The ability of our cells to produce hydrogen peroxide is essential for life. H202 is not some undesirable by-product or toxin, but instead a basic requirement for good health.”  Dr Williams Hydrogen Peroxide use in natural health may be influential in addressing ailments to include arrhythmias, HIV, yeast infections, cancer, headaches, diabetes II, warts, emphysema, and a whole raft of others, not to mention your garden and your animals.   See the complete long list in Dr Williams’ very popular article below.  Ronnie   By Dr. David G. Williams The Many Benefits of Hydrogen Peroxide (July 17, 2003) (Original title: Hydrogen Peroxide – Curse or Cure?) When it comes to hydrogen peroxide therapy there seems to be only two points of view. Supporters consider it one of the greatest healing miracles of all time. Those opposed feel its ingestion is exceptionally dangerous, and only the foolhardy could think of engaging in such behavior. Before either condemning or endorsing hydrogen peroxide, let’s take a real close look at what we’re dealing with.

It has been stated that any cream or oil spreads the problem. Having tried them I believe that statement.


My personal experience has been as follows:

No, I have no problem or discomfort with this solution. ( No burning, etc.) However, we are all different, so one should always gently test solutions with care. 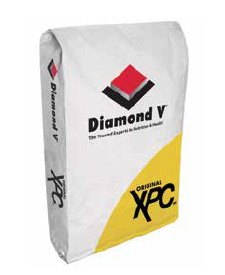 This article by Dr David G Williams was republished by Nutrition and Disease, morrischuck@earthlink.net.

The following is from Dr. David Williams’ September 2007 newsletter…

From Dr Williams: “A few years ago I got a very interesting call concerning an animal feed supplement. It involved a company called Diamond V Mills located in Cedar Rapids, Iowa. They make an animal feed supplement from a fermented yeast culture. Supplements like this aren’t unusual. Numerous companies manufacture and/or sell either baker’s yeast or yeast cultures to add to the feed of horses, cattle, pigs, sheep, goats, and chickens. Diamond V has been doing so for over 60 years. This call, though, had to do with the health of the employees at Diamond V—not that of the animals being fed their products.

“From all indications, it appeared that the employees, who were being exposed regularly to dust from the yeast culture during its production, had been experiencing significant health benefits. Over the last couple of years this has become public knowledge, but when I first started looking into the matter no one at Diamond V seemed to want to talk about it. The “official” word was that their products were manufactured for animal consumption only, not for humans.

Later I was told that clinical and laboratory studies with humans were underway, but results from those tests weren’t yet available. Even later, I discovered the company was in negotiations with others regarding marketing their product for human consumption and couldn’t discuss the matter with me. 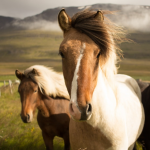 “All of the studies up to that point involved farm animals. And for over 60 years, as a feed supplement it has performed well—very well. It improves digestion, muscle weight gain, litter weights, milk production, conditioning, and even survivability in all the various animals it’s been tried on.

Some of the studies I reviewed are over 20 years old, and in not one of those studies could I find any ill effects or downside to using the material. I spoke with several companies that incorporated the yeast product into their custom animal feeds, both here in the US and in New Zealand. Everyone seemed to like the product. I began to use it on my ranch as well, and continue to do so.

“It was the human health aspect, however, that I was—and still am—most interested in. When Diamond V checked their health claim records, they found something very peculiar. The plant workers, who came into contact with the yeast products, weren’t getting sick. The support staff (accountants and the like), however, took sick leave at rates that were comparable to most companies across the country. After accounting for all the other possible factors, it appeared the improved health of those in the production plant could be traced to their repeated exposure to the fermented yeast culture dust in the production plant.

Subsequent interviews revealed, time and time again, that an employee’s health picture often changed dramatically after coming to work at Diamond V Mills. Some, despite experiencing yearly flu and colds in the past, reported they had not had either in the years since they started work at the plant.

Salt has been wrongly demonized as a major contributor to high blood pressure. Factors that play a significantly greater role include your sodium-to-potassium ratio, and a high-sugar, processed food diet.

Symptoms of sodium deficiency may include muscle fatigue, spasms, cramps and heart palpitations. Such symptoms may disappear by adding more salt to your diet.
In the 1600s, the average person was consuming up to 100 grams of salt per day from salted cod, herring and meats. Today, most people get 10 grams of salt per day or less, yet we have far higher rates of hypertension

Subpopulations that may need to monitor their salt intake are listed, as are conditions that increase your need for salt by increasing sodium loss. The benefits of salt loading before exercise are also discussed