What is causing the divide & conquer America program?

Why is mass immigration (legal and illegal) destroying Europe?

People are naturally nervous about anything they are totally unfamiliar with, be it skin color, dress, culture, language, etc. 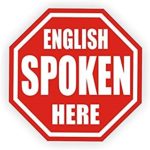 The United States Congress refuses to designate English as the official language of the United States.  Almost every Congress has a bill entered to declare English as the official language but it never gets passed.  While some states, approximately half, have declared for English they still print forms for drivers licenses, welfare, official documents, voting forms, etc. in dozens of languages so people that cannot read and/or write English can not only collect benefits, but can vote .

CNBC Juan Castillo on 11-4-2015  wrote that the US Census Bureau noted ” at least 350 languages are spoken in American homes “.  While he went on to report most American homes speak English at home he also reported that in the major populated area of New York 3 in 5 speak a language other than English at home. ( “About 100,000 people in the New York area speak the language native to the region of Bengal”.)

How difficult is it for the children to learn their new country language or understand it’s culture?

Remember…if ‘Popular Vote’  (totally unConstitutional) becomes the law of the land rather than representation for all by an ‘Electoral College’  the 5  major cities will rule the United States and most states will have no representation.

Additionally you may be ruled by people who do not even speak your language and do not understand your culture.