The United Nations was established October 24, 1945 by a war-torn weary world. Their purpose was to be establishing a world of peace through mutual agreements. To create the simple goal they started with, they have created many many thousands of pages of rules, regulations, treaties, agreements, etc. which would govern every possible aspect of our lives: ie, education, transportation, immigration, finance, manufacturing, justice ….

Over 70 years later they obviously have not accomplished their ‘peace ‘ goal. In fact, under their ‘ One World Order ‘ supervision, the civilized ( ? ) world has never been more fractious.

We have provided you with the U.N. Charter that you may read it for yourselves…( it is approximately 45 pages under UN Documents in the blue bar up above there). You should especially note the article 40’s which require ‘Nation State ‘ military Chiefs of Staff to be under the control of the U.N. Security Council members.  If you disdain our Constitution and want leaders from other nations (including dictators, communists, etc) to make rules for your life you are a true ‘ One World Citizen.’

The good news is the United States has not signed onto all the UN Conventions ( Treaties ).  JB 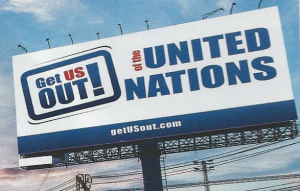 GOOGLE: News Target  07/15/2019 / By JD Heyes Peter Thiel, co-founder of PayPal, blasted fellow Silicon Valley giant Google during a speech at the National Conservatism conference in Washington, D.C., over the weekend for agreeing to work with Communist China and shunning technology projects involving the U.S. military.   As he opened his speech, the billionaire investor cited Google’s attempts to work out a deal with Beijing to develop a tightly-controlled search engine after letting lapse a U.S. Defense Department contract that would have given the American military access to the company’s powerful artificial intelligence tools.

DEFINITIONS OF FASCISM AND SOCIALISM