Q:  Presidential Election–What does that have to do with Queen Nancy?

Lets walk through a couple of steps:

The Electoral College consists of 538 electors. A majority of 270 electoral votes is required to elect the President. Your state’s entitled allotment of electors equals the number of members in its Congressional delegation: one for each member in the House of Representatives plus two for your Senators.”    Read more about the allocation of electoral votes.

Now you may be saying Hillary Clinton received  65,794,399  popular votes while Donald Trump only received 62,955,202 (according to US Electoral College National Archives and Records).  Next issue I will talk about why I believe our Founding Fathers, in their future vision wisdom, established the Electoral College to protect all of us.

Now the point regarding Queen Nancy: 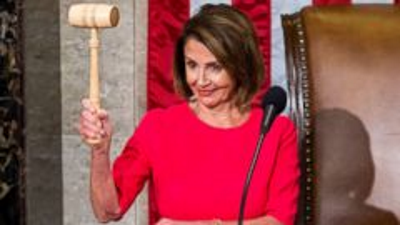 Nancy Pelosi received only 275,292 popular votes ( per The New York Times ) from a portion of the California San Francisco Bay Area ( District 12 ) yet she is declaring the right to keep the American people from choosing to hear the President’s State Of The Union Address.

Why is our elected Congress allowing this travesty against the American people?   Why does Nancy Pelosi have that much control of all the Democrat members of Congress?  (Actually There is a lot wrong here.  Call your Congress people and ask who crowned Nancy Pelosi the Queen of America. )