Poking fun at seriously ridiculous ads and posing blunt questions about them make listening to these earnest self righteous proclamations a whole lot more entertaining.

You may laugh or cringe, shake your head, maybe sigh a lot. But there will be a whole big bunch of stuff that you won’t buy, and won’t recommend either.

One of my earlier favorites was the one that said that a product containing something from a jellyfish might rejuvenate your brain. My comeback was: “When was the last time you had an intelligent conversation with a jellyfish? …The first time…?”

I mean, why would anyone think the insides of a possibly poisonous sea animal would be brain enhancing? But the ad touts it loudly!  And apparently the product is selling (although I’ve noticed that the Jellyfish is no longer featured?)

I heard very recently that “Every two seconds” there’s another case of identity theft. WOW. Let’s do the math.

Let’s round that up to 16 million for the sake of easy math,

Take roughly 320,000,000 people in the US of A and divide them by 16 million “claimed” identity thefts. That works out to one in twenty being so afflicted.

But what if it actually meant throughout the whole world?

So, we don’t know which population is being included. Much more importantly we don’t know if the statistic used for their premise “every two seconds” [they’re selling identity theft protection afterall] is correct, or even close to being correct.

Maybe it’s just a number they plugged into an ad to make it scary? How do you know? How does anyone know?

Like minded thinking is at work in a health ad that states that 80% of stroke victims have no warning one is coming and that 4 out of 5 who get special tests [those tests are what they’re selling] can likely prevent a stroke from occurring.

But moving on, my guess would be closer to 100% of first time stroke victims didn’t see one coming. As to certain special diagnostic tests preventing strokes……… What a nice thought!  And for only 150 dollars!

There’s another ad that starts out with a recording of President Trump intoning seriously that“America will never be a socialist country…” The ad guy then breaks in with terrible news about how foreign price-fixers are going to screw us with higher drug prices, etc, yatta, yatta. The ad guy concludes with something like, “Let’s protect our Medicare Plan B!” 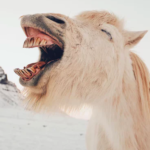 HUH? How much more socialist can you get than Medicare…? Is it that they really don’t know? Or don’t care?  Or think we’re just that stupid?

And then there’s the one about learning foreign languages fast. I have not one clue if that is a good program but I CAN tell you I myself would hesitate to pay hard earned money for a language course that proudly misspells its own name (which I won’t mention here) but which rhymes with Scrabble and dabble.

You may have to listen to them but you do NOT have to accept them at ear value. Go ahead! Have some fun!

And HEY – analyzing the ads may just rejuvenate your brain, make you alert to identity threat problems, help prevent strokes, divert you from socialism, and maybe, just maybe, help you speak European… …Well, maybe not that last one.