Ever get this creepy feeling that there are pulsing negative layers out there you can’t see but can definitely sense? That the One World Bureaucracy is decidedly and disasterously percolating just under the visible surface regardless of the President or the Congress?

Welcome to SES. This is the rarely-ever-heard-of  Senior Executive Service. The SES was created 40 year ago by Congress in the Civil Service Reform Act of 1978 (CSRA), and was put into effect in 1979.  (Jimmy Carter; the Shah defects; the Mid-East erupts; the U.S Tehran Embassy in Iran is overrun, hostages taken; and SES is born.)

Note One: From Senior Executive Service Officers comes this:

“… SES positions… do not include any position within the Legislative or Judicial branches of the U.S. government, nor do they require appointment by the President with Senate confirmation… In addition, SES positions are not part of law enforcement or intelligence gathering agencies such as the FBI or CIA or the U.S. Foreign Service.” [Emphasis added.]

Note Two: From the Office of Personnel Management (OPM) comes this: [Emphasis added.]

“…Members of the SES serve in the key positions just below the top Presidential appointees.  SES members are the major link between these appointees and the rest of the Federal workforce…”

Note Three: These SES managers are above GS-15 rank and are considered to be parallel to the ranks of generals. Some are hired for the short term, 12 to 18 months, although others are embedded for years. They are meant to have managerial skills that are interchangeable between federal executive departments and therefore can switch from one department to another unnoticed by most.

Question: Why does SES have 7,000 high level managers for a mere 75 Executive departments?…..

Really?!  Please be aware that all of the agencies now afflicted with SES management already have (and had) copious managers and supervisors.  So, just how many managers does it take already to screw in that light bulb?

Created at the very same time was the Office of Personnel Management, OPM, a civil service structure in Title II of the CSRA Act which conveniently oversees the SES.

Now, SES is essentially unknown to most Americans.  SES managers do not generally make headlines and their “waves” are usually more like ongoing lapping incessant undertows.

Qualifications for these coveted but somewhat shadowy SES positions are couched in distinctly  progressive, socialist terms, with an extensive background in academia essentially required.

“As a basic requirement for entry into the SES, applicants must provide evidence of progressively responsible leadership experience that is indicative of senior executive level managerial capability… An earned doctorate and senior leadership experience in an accredited institution of higher education or equivalent as both a highly skilled executive and as an accomplished educator are preferred…”

Ivory Tower – times two: a high end PhD plus academic leadership, ie, tenure, dean of a school, professorship, all with an established progressive bent.  (Did you catch “senior executive level managerial capability“?  How do you think they define that in the faculty lounges…?)

Question: Why does SES have 7,000 managers for a mere 75 Executive departments?  That’s almost a thousand managers per department.  That’s on top of the departments’ already existing management teams.  How many “strategy” planning sessions a day do these SES types plan/attend?

And 68% of those estimated 7,000 SES managers were appointed to SES during the Obama 8-years. That means over two-thirds – that’s 4,760 – of them are Obama holdovers.

Can you see the depth and breadth of a problem here?  Do you see how an administration could be held up?  Pigeon-holed? Torpedoed?

“SES plays a critical role in every presidential transition, supporting and educating political appointees about how government works, and often temporarily serving in top agency jobs during the lengthy appointee confirmation and onboarding process.”

Talk about the cat catching the canary!

For 200 years we were good. Then 40 years ago we created this invisible, impenetrable, intractable force behind the curtain, pulling levers of power, arbitrarily deciding implementation – and promotions – all along the upper and lower government employee ranks. And ALL without Presidential or Senate oversight.

How long has this train wreck been running on “auto”?

This  will be interesting. 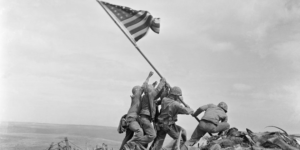